As an organization, we decided long ago that we did not want to sit idly by and do nothing. Over the years, we have continually gotten better. We have become more active. We have continued to be involved. We have worked with both civic and community organizations to increase both our regular and business members, open a dialogue with City Leaders, and promote local events.

Our attention is currently focused on our upcoming Celebrate College View event. We haven’t held this event since 2014, but are excited to resurrect it. This event is planned for September 25th and we look forward to a great success. If you want to help or contribute, please see the specific web page for this event.

We will continue to sponsor some of our “regular” events. Our Garage Sales, Pickleball Tournament, and National Night Out have become regular annual events that we enjoy promoting. If there is another event that you want us to join, please let us know. 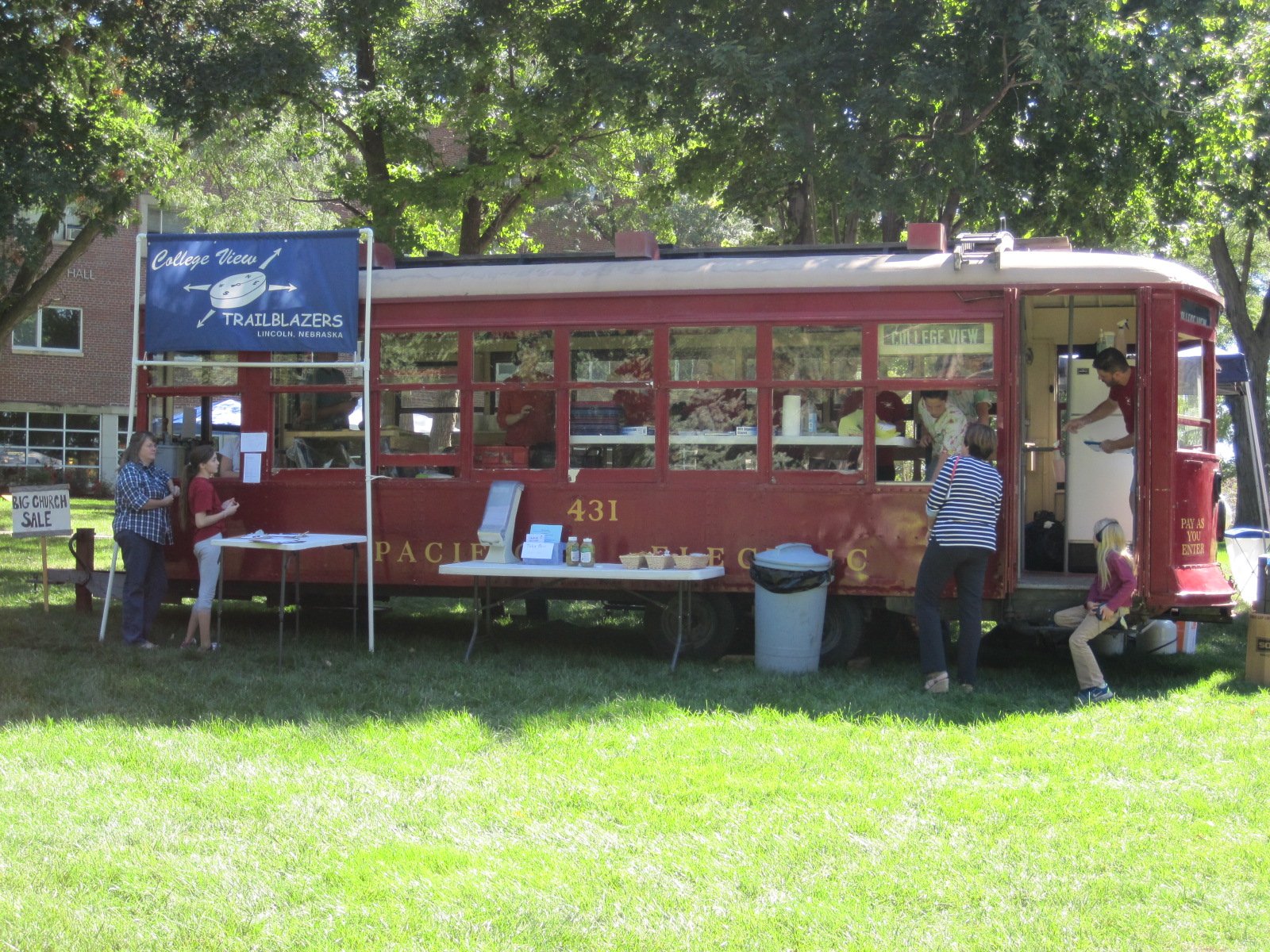 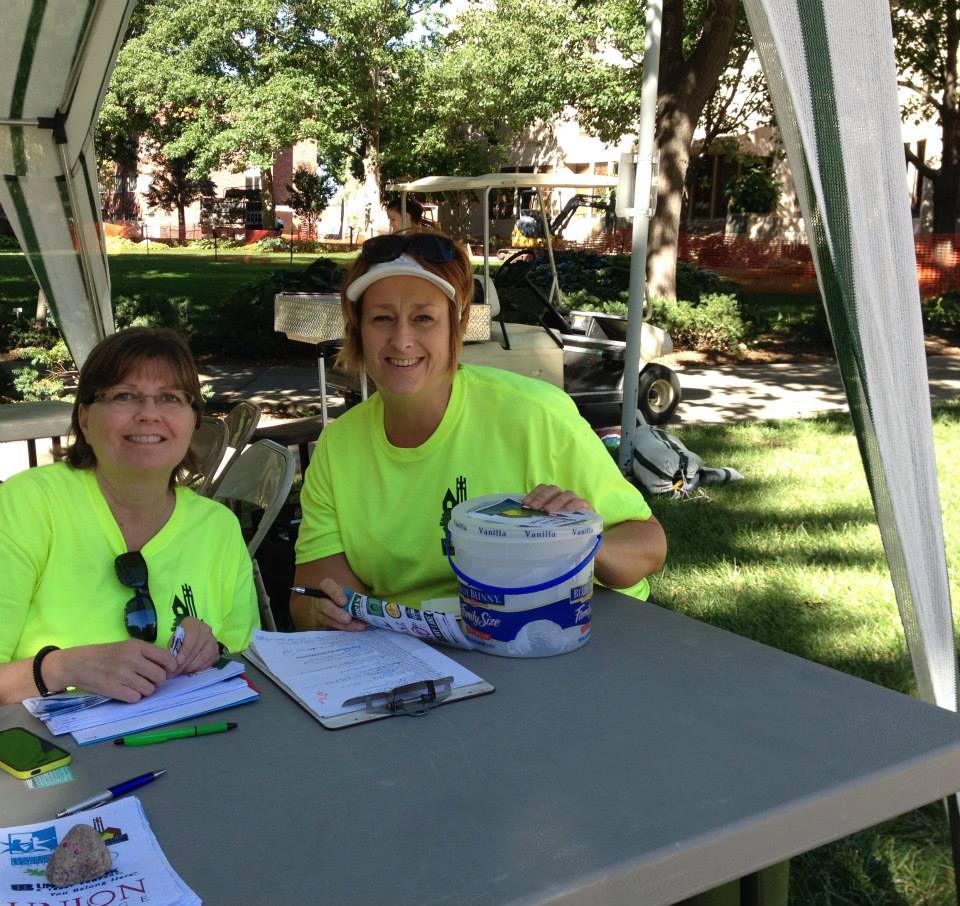 History of the Neighborhood

From Cornfield to College View

In the 19th and early 20th centuries villages popped out of the ground in Nebraska usually because of their location on a river, major trail or because they were near the center of a county.

But for a village to be born in a cornfield and become an incorporated city of over 1,000 in less than two years with none of the usual requirements is certainly unusual. One such village, now a Lincoln neighborhood, was the unusually successful College View.

In 1889 the Seventh-day Adventist Church made the decision to establish a denominational college somewhere between the Mississippi River and the Rocky Mountains. In February of the following year, William Prescott announced the name of the institution would be Union College, with a union of men working in its behalf and because it represented a union of Midwestern church conferences. Prescott also suggested the name of the village which would develop around the school would be called College View.

A number of cities near the middle of the general site made bids for the potential college, including “Des Moines and Atlantic, Iowa; Wichita, Kansas; Omaha, Fremont and Lincoln, Nebraska.” Each city made offers and within months Lincoln and Des Moines appeared as front runners. Perhaps the strongest proposal came from a group called the Lincoln Real Estate Exchange, which, though not making an offer for themselves, brokered gifts and inducements, the largest of which was land.

A total of six tracts were proposed, including sites south and west of Lincoln, then specifically the Taylor Tract bounded by today’s A, O, 56th and 70th streets and the Walton Farm in Grant Precinct to the southeast. Various individuals then bought land in Grant Precinct including 20 acres by John McClay president of the Lincoln Real Estate Exchange, David and Tilly May and Sarah and John Unangst.

Of their total holdings, McClay donated 10 acres, the Mays 32 acres and the Unangst’s 10 acres. Ultimately 280 acres were offered for the college’s consideration. The school, it was proposed, would sell the bulk of the land to finance buildings while the individuals also reserved holdings beyond their gifts to sell at a profit if and as soon as the school opened and prospered. For its part the college promised to erect buildings of a value of at least $70,000 and the real estate exchange agreed to build a streetcar line connecting the school and community to Lincoln before the opening of the college.

The Lincoln proposal won out and the original plat of College View was filed, roughly bounded by today’s 40th, 56th, Van Dorn streets and Pioneers Boulevard with a point at 48th and Prescott as the exact geographical center. Prescott Street was then named Union, 48th was known as College and 40th as Henry Street.

The city and Union College developed simultaneously in 1891 as classes started and Zalmon Nicola first bought the northwest corner of 47th and Bancroft Streets but then acquired the southwest corner of 48th and Prescott when he learned the streetcar tracks terminated there. On that corner Nicola built a two-story, frame building where, as the first postmaster, he put the post office, a store with a meeting room on the upper floor.

Nicola later built a store on the northwest corner which also housed a one-shelf public library, but that building burned the day the library opened on March 22, 1901. A new “steel veneered” building was erected as a replacement by Nicola, but it too burned with the new/replacement library in 1903. Ultimately, in 1915-1916, with a $7,500 grant from Andrew Carnegie, the extant library building was built on the southwest corner of the campus.

In the first years of the college the school operated a bank for students as well as merchants and individuals using both a Lincoln and Chicago bank as correspondents.

In 1906 the Bank of College View opened in a new two-story brick building on the north side of Prescott Street between 47th and 48th streets just east of the alley and quickly had $85,000 in deposits. In 1917 Farmer’s State Bank opened on the southwest corner of 48th and Prescott and though it failed in the Great Depression, was reorganized by Lincolnite W. E. Barkley under the same name but changed the name to Union Bank the following year. In 1955 Union Bank moved to a new purpose-built building on the northwest corner of 48th and Bancroft, was purchased by Dunlap Banks in 1965 and currently has over 30 branches under the Union Bank banner.

The post office moved several times before closing and becoming a Lincoln branch in 1931 and is now located just outside of the original plat at 50th and Van Dorn streets.

The original streetcar line left Lincoln at a mule barn at 27th and Sumner, then headed south to St. Thomas Orphanage on Prescott where it turned east to terminate at 48th and Prescott. This line was initially electrified with a gift of $2,000 from A. Henry but had problems from the first when it was unable to power multiple cars east from the gulley at 39th Street.

The line was abandoned in 1892 when a line was extended from Normal, Nebraska, to the north, which in turn succumbed to the Woods Brothers “High Line” interurban which ran down Sheridan Boulevard in 1908. This, the last streetcar line in Lincoln, closed after the end of World War II.

College View was annexed to Lincoln in 1928-29 with a population of about 3,000, becoming a neighborhood in what was once a successful, separate, incorporated city complete with all city offices including a city jail on the college’s campus and its own telephone company, which was established in Herrick’s Grocery Store with six subscribers and ultimately sold to Lincoln Telephone & Telegraph in 1909.